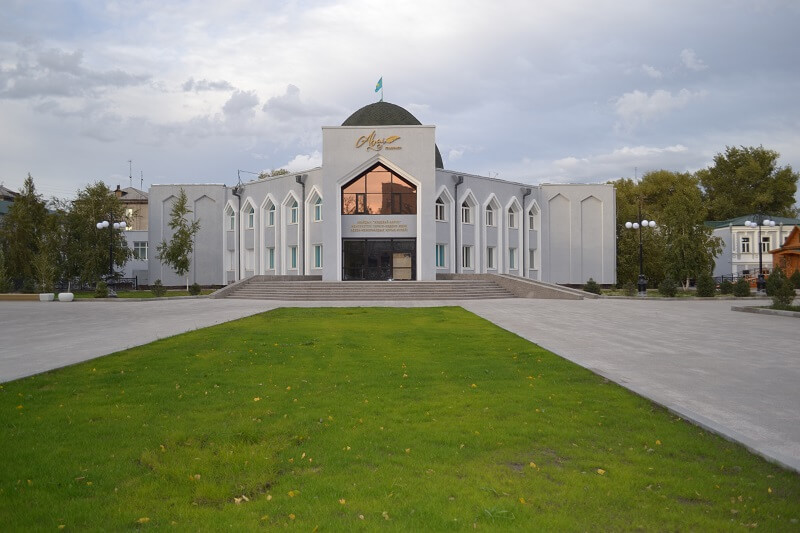 The State historical-cultural and literary-memorial reserve-museum of the great Kazakh thinker Abai Kunanbaiev is the first literary-memorial museum in the history of Kazakhstan.
The State reserve-museum of Abai at the suggestion of the great Kazakh writer, academician M.O. Auezov in 1940 on the eve of the 95th anniversary of the great poet, by order of the Council of People’s Commissars of the Kazakh SSR No. 347 of April 1, the museum was opened in the house of Bekbai Baisov, and in 1944-1967 it was housed in the house of Aniyar Moldabaev, and in 1967 on Mangilik street 12, merchant R. Ershov.
This street, on which the house is located, is considered one of the largest places of residence of Abai. On this street is the central library, where Abai often visited. Since 1967, the halls “Abai dauir”, “Abai studies”, “Abai akyn shakirtteri”, “Abai khalyk zhureginde” dedicated to the 175th anniversary of the poet, “Abai studies”, “Independence and Abai studies”, “Gallery. In the fine arts of Abai “,”Exhibition hall “.
The total area of ​​the building is 622.6 sq. m., exposition-278 sq. m. The building was transferred to the disposal of the republican literary and memorial museum of Abai by decision of the Semipalatinsk Regional Executive Committee No. 404-15 dated August 9, 1963.
The building in which the administration of the museum is located at Semey, st. Mukhamedkhanov, 29. On the eve of the 150th anniversary of the great poet, a major overhaul was carried out in the museum administration building. The museum administration building is two-storey, built of bricks. During the Soviet period, this house housed the “Union Press” institution. Then, in 1990, he transferred to the balance of the Abai Museum.
In accordance with the order of the Minister of Culture and Sports of the Republic of Kazakhstan dated March 30, 2015 No. 119, the status of a monument of republican significance was assigned. 1917-1920, in Semipalatinsk, the leaders of the National Liberation Movement Alikhan Bokeikhanuly, Akhmet Baitursynov, Mirzhakyp Dulatov, Khalel Gabbasov, Mukhmedzhan Tynyshpaev and other countries of the Alash Orda aspired to become a sovereign country, a fundamental state. Evidence of that period is a two-storey house on Bogenbay street (former Police st. (1877), Komissarskaya st. (1918) – a memorial building. The owner of this house, Aniyar Moldabaev (1856-1934) from Chingis volost, Abai’s countryman and student. According to the memoirs of Sapargali Aniyarovich Moldabaev, Aniyar studied with Andijan in 1892 and returned to his homeland, worked as a translator in a banking institution in Semipalatinsk In 1893, Abai and with the help of his children Magauiya, Kakitai, Gabdulla acquired the house of the merchant Moskvin from the Tatar settlement in Semipalatinsk. This house was a special room of Abai.The great poet and his children, relatives came to the city, visited to this house.
This house has a special relation to the years of service Mukhtar Auezov, Zhusupbek Aimautov, Mirzhakyp Dulatov. On September 23, 1997, in honor of the 100th anniversary of the birth of Mukhtar Auezov, a grand opening of the department of the museum “Alash Arystary-Mukhtar Auezov” of the State Historical-Cultural and Literary-Memorial Reserve-Museum of Abai took place.
In accordance with the order of the Minister of Culture and Sports of the Republic of Kazakhstan dated March 30, 2015 No. 119, the status of a monument of republican significance was assigned.

The Mosque-madrasah of Akhmet Riza 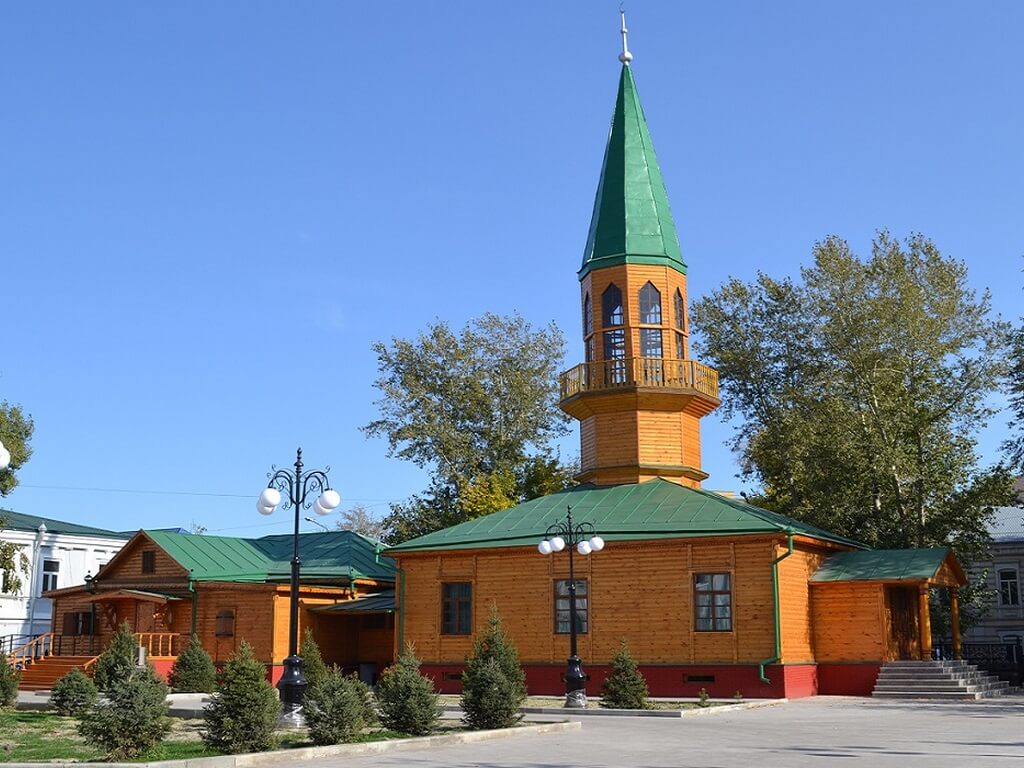 The House-Museum of Abai in Zhidebai 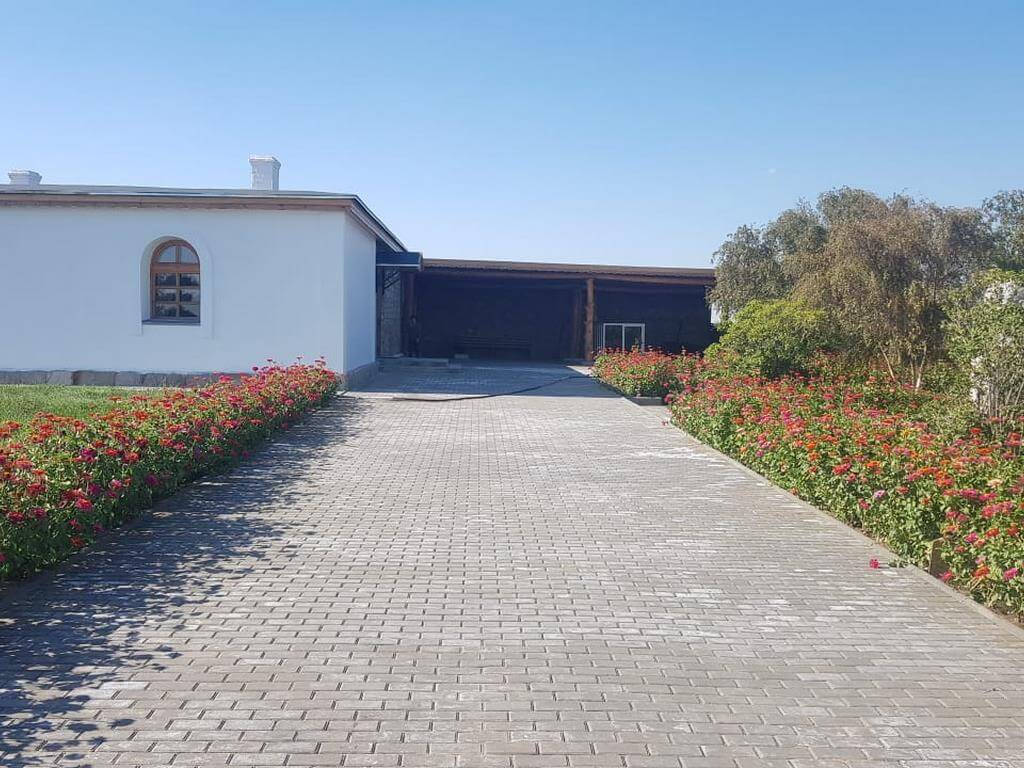 The House-Museum of M. Auezov in Borili 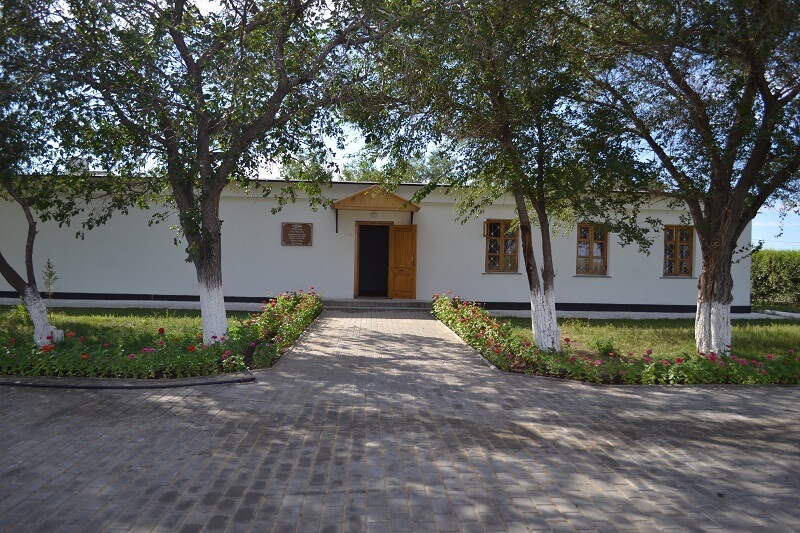 Since the last quarter of the 19th century, Abai has become one of the greatest settlements of the Kazakh dynasty. He moved from Kyzylshoky to Shyngys. 82 km from the town of Borili, four kilometers from the eastern side of the Semey-guard road. The turn signal to the house-museum begins with a monument (in the form of an evil book). In September 1987, the museum was officially opened as a department of the regional history and local history museum. On December 25, 1987, by order of the Ministry of Culture of the Kazakh SSR No. 411, it was transferred to the jurisdiction of the republican literary and memorial museum of Abai. During the celebration of the 80th anniversary of Mukhtar Auezov, the 90th anniversary of Mukhtar Auezov, major repairs and restoration were carried out. In 1997 the house-museum was reconstructed, the inner world was reconstructed. A new music room was built from the heating network. The house-museum of Mukhtar Auezov was built of one-story brick measuring 13.2 x 22.3 and 3.5 meters high. The building consists of 8 rooms. The area of ​​the museum is 120.0 x 138.0 meters and is fenced with metal bars and landscaped.
In 2015, the RGKP “Kazrestavratsia” carried out a major overhaul of the house-museum, in 2020, major scientific and restoration work was carried out.
In accordance with the order of the Minister of Culture and Sports of the Republic of Kazakhstan dated March 30, 2015 No. 119, the status of a monument of republican significance was assigned.